We’re all familiar with the headlines. “Automation to eliminate millions of jobs.” They allude to a dark sci-fi, matrix type world on the verge of an apocalypse. It’s enough to keep you awake at night. No one wants to lose their job, let alone to a robot.

Documentaries like ‘MACHINE,’ highlight the many concerning and extreme elements of AI, Robotics, and Automation. The wave of android fiction that has flooded us over the years, from Blade Runner 2049 to Black Mirror, perpetuates that feeling of concern. As does the visuals of human robot replicas or ‘deep fakes’. But I liken the commentary around machine intelligence to that of attention grabbing fake news disseminated by entertainment media. In the short term, we will need to regulate and monitor these areas, especially as machines continue to evolve through AI. This will not be a small task. But I feel what is lost in this narrative is the significant positive impact this technology can and will have on the issues facing humans. From automating day to day repetitive tasks to helping solve much bigger issues like climate change and growing inequality.

If we specifically look at Robotic Process Automation (RPA), an area that has caused much concern in the past years, we can see that although it is undoubtedly causing changes in the workforce, it is also creating opportunities. Companies, industries and individuals must embrace and adapt to these changes to take advantage of the opportunities.

A Global Market Insights Inc. Robotic Process Automation Market Growth Report estimates that the value of the RPA market will reach $5 billion by 2024. This is driven by the increased adoption of RPA technologies by organisations to enhance their capabilities and performance, and also to save costs. According to Gartner research, the worldwide RPA Software Market Grew 63% in 2018. North America holds more than half the current market followed by Western Europe with 23%. Although the Australian market is relatively small, it is growing quickly and doubled in size last year.

RPA is an application of technology that uses software with artificial intelligence and machine learning to manage repetitive, high-volume tasks. These include processing and maintaining transactions, making calculations, answering queries and communication with other digital systems.

RPA is not part of an organisation’s IT infrastructure and does not change the existing systems. Rather, it sits on top of them and can be trained to capture and interpret actions of specific processes in existing software applications. It can manipulate data, initiate new actions and communicate with other systems autonomously. You may have heard of RPA solutions being offered by companies like; Blue Prism, Automation Anywhere, UiPath, Nice Systems, and Work Fusion, to name a few. The RPA solutions these companies offer can create huge organisational efficiency and save costs. But most importantly, they can enable employees to be more productive – by automating low-skill repetitive tasks, giving them more time to focus on other areas of their roles.

Like any technology, there are just as many challenges. RPA can often only offer a limited short term solution and works best with legacy applications where processes don’t change. Moreover, RPA can fail to adapt to changes, and the technical maintenance can be expensive. But if you are a company that embraces IT to drive automation through the whole business and can attract and afford to hire RPA technologists, then it can be a game changer for your organisation.

Who will RPA effect?

To answer this question, we asked one of our exceptional candidates Thesni Nazeer, a BluePrism accredited and UiPith certified RPA Engineer. Thesni said:

“The biggest misconception that surrounds RPA would be that it replaces humans and results in loss of jobs. While it is true that some tasks previously executed by employees would be automated, it is very important to know that these tasks are the menial ones that take up the productive time of an employee. Human judgement is still an essential part of most processes associated with any organisation.”

It’s difficult to isolate just RPA to predict its impact on the future workforce. However, a 2019 Deloitte report, ‘Why the future is human,’ tackles the misconception Thesni is referring to – that robots will take jobs from humans. The report highlights that unemployment rates in the United States are the lowest they have been in half a century. In Europe, they are at a decade low. In Australia, they’re close to their lowest since 2012. AI, automation and RPA will replace jobs, but the Deloitte report points out that any new technology generally generates as many jobs as it replaces and emphasises that technology is not a substitute for people. The key take away is that jobs will change in nature, rather than disappear altogether.

This is backed up by findings of a 2018 study of automation, skills use, and training by the inter-governmental group of high-income countries, OECD. The report predicted that only 14% of jobs are ‘highly automatable and RPA will only count for a fraction of this percentage. The roles most at risk are also the ones already under threat in today’s labour market, namely low-skilled or more junior roles requiring repetitive tasks.

How to prepare for the future?

Companies looking to implement RPA should devise a strategic plan for the development and use of the technology. This plan must also take into account the impact RPA may have on certain roles within your organisation.

Implementing RPA into your business may change some roles by replacing more repetitive tasks. This can have a positive effect on overall efficiency taking away time-consuming low-skill tasks allowing employees to focus on the higher level, more complex elements of their job. However, it might replace the core function of some roles and change the nature of them considerably. Companies can prepare their employees for the changes that might come from the implementation of RPA by creating training and re-skilling opportunities so that each person’s capabilities and skill levels evolve as the company does.

In general, without looking at specific jobs, this training needs to have an emphasis on soft skills, and emotional intelligence. These are the elements of a role that cannot be replaced or automated and their value will increase more and more as RPA, AI and tech disruption is a big part of the future of work.

Businesses that can combine automation like RPA and more traditional human intelligence will be in the best position to embrace the opportunities of the Future of Work (FOW). Similarly, business leaders who adopt a more cohesive way of thinking, and focus on making decisions based on what’s good for business and what’s the right thing to do for their employees might find the results are increased profitability and a more engaged workforce.

Avec’s global group, Talent is proud to be part of the Virgin Unite 100% Human at Work initiative founded by the B Team, which encourages all organisations to embed key human principles throughout their business. Part of this means planning strategically for how technology will impact business, create opportunities for career growth, and support individuals affected by technological disruption.

We are delighted to be working with some of the world’s top RPA Engineers and have recently partnered with UK based company, Roboteur by Spacepencil to enhance our automation capabilities.

For anyone who’s interested we’d love to have further discussions on this topic. Reach out! 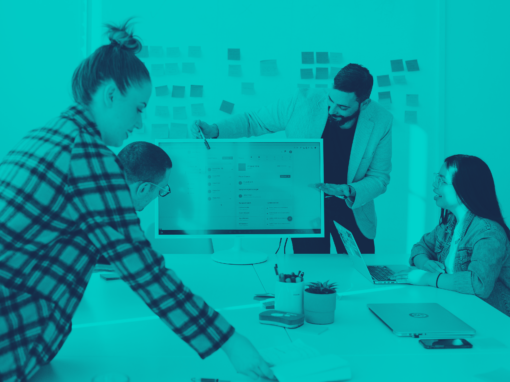